Manchester United legend Darren Fletcher is back at the club in a coaching capacity as he hopes to impact on the next generation of football stars. The ex-Scottish international was said to be in the frame for the sporting director role at Old Trafford alongside former teammate Rio Ferdinand but talks on that situation have been quiet in the last few months. 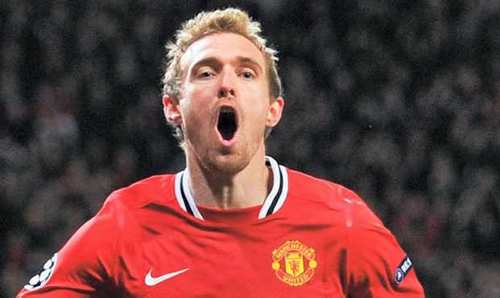 Darren Fletcher attained legendary status at Old Trafford after he helped the club to win five Premier League titles during his 12-year stay as a professional footballer at the club. The 36-year-old also won the 2007/08 Champions League title with the Red Devils at the expense of Premier League rivals Chelsea. Manchester United beat the Blues on penalties during the 2008 final played at the Luzhniki Stadium in Moscow.

Darren Fletcher has retired from football and he’s working as a part-time coach for the Manchester United u-16s while working on getting his coaching badges. He started his career at Old Trafford as he came through the ranks before making his debut for the club in 2003.

He was at the club until 2015 when the ex-Scottish international left for Stoke City. Darren Fletcher spent two years before signing for West Bromwich Albion. At Old Trafford, Darren Fletcher contributed his own share of goals from the Manchester United midfield. The footballer turned coach scored 18 Premier League goals for the Red Devils in his 223 games played by him